“Infusion of Personality”: A Review by Bold Life Magazine

Never mind the snarling, foulmouthed Gordon Ramsay of reality-TV fame (Hell’s Kitchen, etc.), who get ratings by turning competitive cooking into a bloodsport. In the real real world, savvy restaurateurs are worried about other kinds of ratings: customer opinions on Yelp, print reviews, word-of-mouth.

Somewhere between these two extremes is Renzo Maietto, who is coming from a different place, literally and figuratively. Maietto is a native of Verbania-Pallanza in Italy — he engineered his hometown’s “sister city” status with Hendersonville, made official in September — who spent childhood summer vacations in Viterbo, where his grandmother, “Nonna Angelina,” cooked at Ristorante Tre Re, the town’s oldest trattoria. 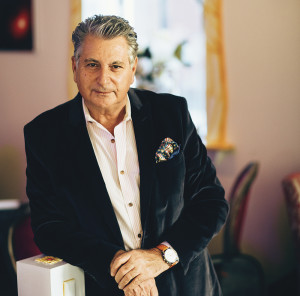 This past spring, Maietto opened Renzo’s Ristorante as an homage to Angelina, aiming to share her recipes that, for him, are indistinguishable from love. “I spent my childhood in that tiny kitchen,” he says. “I was venting with a fan made with chicken feathers on a wooden stick like a cross, inside a square furnace hole where wood and coal were burning under the command of my grandmother, [who was] increasing or decreasing the flame, like the knob of a modern stove.

“I have so many beautiful memories mixed with incredible, distinctive aromas. They expanded all over the kitchen when a new ingredient was added to the cooking pan.

“Cooking knowledge,” he goes on, “is like music. You need to be infused with it in childhood to have a base of excellence in it for the future.”

After many years spent living in Miami — he was married to Cuban-American journalist and TV personality María Elvira Salazar (who once interviewed Fidel Castro ) — he chose Hendersonville for nostalgic reasons, citing its “small-town charm and mountains” so similar to the feel of his roots. But Maietto’s main background is in architecture and in the movies, not the restaurant business. He reminisces about building luxury homes and working behind and in front of the camera, including, early on, acting in spaghetti Westerns. (The upstairs of his restaurant includes a private dining room and a screening area where he plans to hold classic-movie nights.) 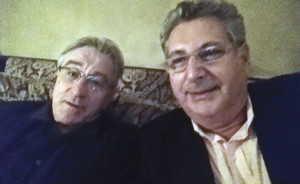 Maeitto offers up photos of himself smiling beside famous friends, most notably Robert DeNiro. And he talks excitedly about an upcoming business venture, what he calls “a new project for quality gourmet Italian food to be franchised all over the States,” for which he would act as principal designer. Maietto describes a pilot restaurant and gourmet food store that would originate in a location between Hendersonville and Asheville and be boosted by major celebrity power, but he warns, “I cannot give all the information yet.”

He is effusive, emotional, unapologetically traditional, and even a little controversial. He says what he feels; he is not a trend. Asked about the “locavore” movement, Maietto insists, “Italian cooking has always had a major focus on sourcing local food.”

Those big bowls of pasta you get in NYC’s Little Italy and other Italian enclaves in the States? Not the real thing, Maietto insists: “It is not truly authentic. It is Americanized. My food is more old-fashioned, but also more sophisticated. The people that come to my restaurant, they have traveled a lot. They are high-end people. Some say to me, ‘I finally recognize Italy in your place.’”

He reveals a kitchen tale — in his eatery’s early days, he had hired a chef whom he says messed with his authentic recipes, trying to put a different stamp on them. (That experiment didn’t last long.) And he can’t resist texting shots from a recent trip to Las Vegas, showing a dispirited, “horrible-tasting” serving of lasagna from a major Italian restaurant there, and comparing it side-by-side with a photo of his own, superior version.

Like a conversation with the man himself, Renzo’s Ristorante is an all-consuming experience. You don’t dash in, and you don’t dash out. Yes, it is high-end: the servers whisk the crumbs off the table between courses. But it’s quite in keeping, pricewise, with other restaurants of its coterie.

Maietto’s dream of being a restaurateur had long been stowed away in what he memorably calls his “ambitions drawer.” Airing that dream meant going back to his childhood. “I play in the kitchen now, as I did back then.” 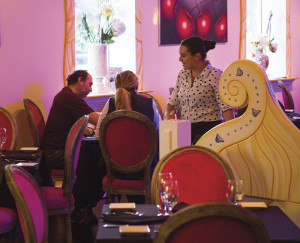 An architect who has also long been involved in the movie and broadcasting industries, Renzo designed the inside of his restaurant to be warm, vibrant, and inviting. Photo by Tim Robison.

A recent Tuesday-night visit to Renzo’s Ristorante proved charming on all points. Happily reuniting with an old friend from down the mountain in Greenville, I snuggled into one of Renzo’s plush chairs opposite my companion, and we were soon lost in memories, giggling so hard that I felt bad for the other, more reserved customers, and briefly wished for the clattering industrial-chic acoustics so prevalent in Western NC’s other posh eateries — the better to mask our loud merriment.

But not really. Instead, I very much appreciated Renzo’s hushed, intimate atmosphere, enhanced by decoratively scalloped booth enclosures, well-chosen artwork, richly staged lighting and vibrant colors, and mandolin arias on the sound system. (Naturally, Maietto lovingly designed the interior himself.)

Our server was attentive but not overbearing, bringing a professional vibe of warm restraint. She answered questions, made suggestions, and checked in often — but not too often. 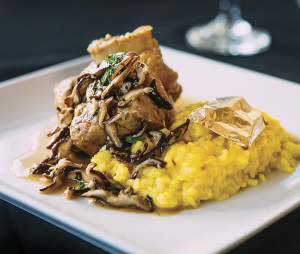 The pumpkin-ravioli appetizer was absolutely delightful, and the Caprese salad was simple and classic. My friend actually groaned dramatically over the excellent Zuppa Pesce (fish stew), which had mussels, clams, calamari, and red snapper swimming in the Capri-style broth, served with garlic crostini. I was stricken with indecisiveness between the Rollatini di Melanzane (an unexpected version of Eggplant Parmigiana, with thin slices of the vegetable rolled like crepes around the savory filling) and Fettuccine Alla Bolognese, a smart, lightly sauced version made with ground beef. Our server soothed my panic by bringing me a side of the Bolognese dish with my eggplant entrée.

Although delicately arrayed, and consistently aiming for epicurean, the food is not fussy or overly experimental. No boundaries are stretched.

“The philosophy behind Italian cooking is buying the best and freshest possible ingredients and then focusing on one or two flavors in the dish. Italian cooking is simple, not complex,” says Maietto, who shows no love for today’s ubiquitous fusion — he calls it “nouvelle” — cuisine.

We shared a mousse for dessert that upheld the “simple” manifesto by tasting surprisingly light, although still chocolatey enough to spark spoon-fighting over the last bite. After settling the check, our server gave us some of Renzo’s homemade biscotti to bring home: a lovely touch.

The restaurant offers an extensive wine list, along with local beer and a combination of classic and inventive house cocktails. I chose one of the latter, called “Your Holiness,” because it actually contained … bless me … frozen holy water (as well as an intense trinity of Italian liqueurs — Fernet Branca, Moscato Grappa, and Carpano Antica — plus Benedictine and brandy).

I crossed myself discreetly before partaking of this bold drink, and I’m glad I did. Because, over the course of my long dinner with my long-time friend, mutual tears flowed as freely as our laughter, and I can only hope the other diners forgave us.